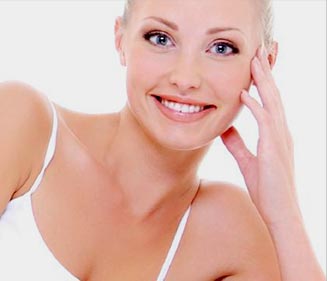 Navigating through the world of anti-aging measures can be tricky, especially if you’re not sure what problem each tool best addresses.

Plastic surgery now offers a quick fix — temporary breast enlargement. Instead of surgery, he injects a saline solution into the breasts, which briefly expands them.

The procedure began as as a way for women seeking breast enhancement to determine how they might look if they chose surgery.

We can take pictures and put them on computers, but those are sometimes unrealistic and can lead to false expectations. So, if patients are unsure if they want implants, let’s put saline in the breast and let them live with it for 24 hours to see how they like it.

It may not surprise that the injections were soon being requested as pick-me-ups for parties, weddings, bar mitzvahs, red-carpet events or, as with Ms. Sanders, a tropical vacation.

“It was worth it,” she said. “I could wear halter tops and a string bikini and feel really sexy. I’m in the business of vanity. As an image consultant, I have to look the part and be the part.”

While “lunchtime lifts” using injectable fillers similar to Restylane or Juvéderm are available in Europe, they are not F.D.A.-approved in the United States. Macrolane, another filler, was banned in Britain as a breast injectable because it was thought to cloud mammogram readings, among other complications. Saline is essentially saltwater that is absorbed into the bloodstream in about 24 hours.

Breast enhancement surgeries are decidedly popular in the United States. According to the American Society for Aesthetic Plastic Surgery, 313,327 breast augmentations and 137,233 breast lifts were performed in 2013. A noninvasive procedure like a saline injection would seem to be just what the doctor ordered.

Courtney Daal, 27, of Brooklyn was married in June. Before her wedding, she paid a visit. “I wanted to not be too enhanced but look my best,” said Ms. Daal, who went from an A cup to a C cup for the big day. To be sure her custom strapless gown would fit over her new additions, she advised her seamstress in advance, so she could plan accordingly.

Like Cinderella after midnight, her breasts returned to their natural state some 24 hours later. Still, it was enough time for the groom to notice: “He asked me if I was wearing something, and I said, ‘No, it’s all me!’ ”

As for Ms. Sanders, she didn’t tell her boyfriend where her extra padding came from. “But he was certainly very happy,” she said.

Alas, like her saline injections, the relationship was short-lived. The couple broke up soon after their trip.